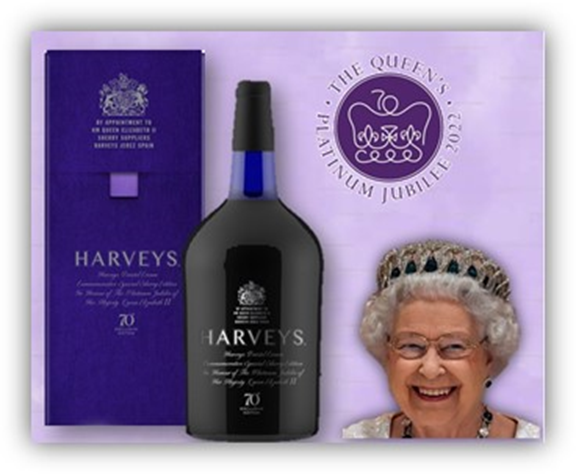 To commemorate this historical milestone, for the occasion, we have designed an exclusive edition of our 1.5L Harveys, which contains a one-of-a-kind liquid produced by our Oenology department. This gift will be sent to her Majesty the Queen in honor of her Platinum Jubilee.

Bodegas Fundador is the oldest winery in Jerez, founded in 1730, we currently have several vineyards, a vinification plant, brandy and sherry aging and production cellars, a bottling center, analysis and research laboratories, a logistics center, a visitor center with our own restaurant and a brandy and holandas “wine spirits” distillery in Tomelloso (Ciudad Real).