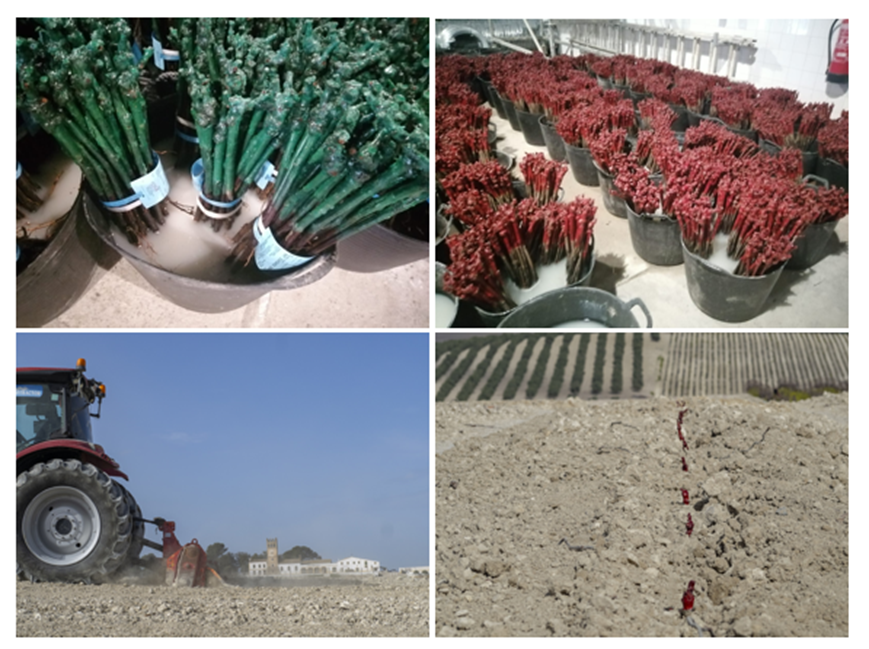 This week we finished the new planting of Pedro Ximénez in our Panadero plot in El Majuelo vineyard. This project began last year when the six hectares of the land were scorched to refresh and aerate it. This year, once the land was ready and optimal, we received the plants from the nurseries known as “barbados”. The “barbados” are vitis vinifera plants with roots of the American variety (rootstock) immune to Phylloxera and pre-grafted with the Pedro Ximénez variety. This procedure spread throughout Europe, since the 19th century, throughout all the vineyards as a way of combating the serious problem of Phylloxera.

Once we received the “barbados” we proceeded to prepare them for planting. To do this, first, we did a quality control where its thickness, internode, length, vitality and the state of the graft were measured, followed by its hydration and a treatment against wood fungus and its subsequent mechanical planting. Next year we will begin to direct the line and the new vineyard, as well as continue with new plantations.

Bodegas Fundador is the oldest winery in Jerez, founded in 1730, we currently have several vineyards, a vinification plant, brandy and sherry aging and production cellars, a bottling center, analysis and research laboratories, a logistics center, a visitor center with our own restaurant and a brandy and holandas “wine spirits” distillery in Tomelloso (Ciudad Real).